A suicide attack carried out in a park in Pakistan's second largest city of Lahore on Sunday evening claimed the lives of at least seventy people and left 300 other injured.

A Taliban breakaway group, which has carried out several attacks on civilians and security forces in the past months, has claimed responsibility for the attack.

The Afghan Taliban claim they shot down a US helicopter in south Afghanistan, according to local news reports relayed on Friday. The Taliban terrorist claim all American soldiers on board were killed. Newspaper ‘Watan Press’, based in the country’s capital city of Kabul, has posted a photo on its facebook profile purportedly showing the helicopter in flames. 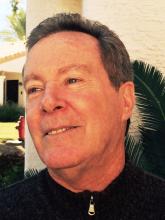 Novinite is publishing for the first time the first impressions of Thomas Tait, a former Chief Executive of the Nevada Commission on Tourism, who visited Bulgaria in the 1990s and today calls the country his "second home".

Finally, the long expected "conventional family criteria" will be introduced to the media.

A rogue Afghan policeman drugged and then shot dead 10 of his colleagues in the country's volatile south early on Jan. 26, officials said, the second insider attack on police in just over a week.

The Taliban infiltrator then stole their weapons and fled the police outpost in the Chinarto district of Uruzgan province, authorities said, triggering a manhunt.

At least 30 people have been killed and more than 19 were injured after gunmen attacked Bacha Khan University campus in Charsadda, north-west Pakistan, international newswires reported on Wednesday. 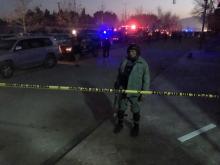 A powerful suicide car bomb struck near the Russian embassy in downtown Kabul Jan. 20, with casualties feared from the latest attack in the Afghan capital, the interior ministry said.

Australian Prime Minister Malcolm Turnbull announced on Jan. 18 a small increase in the Australian troop commitment to the NATO-led force supporting the Afghan central government during a surprise visit to Kabul.

Pakistan on Jan. 11 opened four-country talks aimed at luring the Afghan Taliban back to the negotiating table with the Kabul government, even as the insurgents wage an unprecedented winter campaign of violence.

If the Taliban were not so busy fighting the rival Islamic State of Iraq and the Levant (ISIL) jihadis who began operating in Afghanistan early this year, they might now be within reach of overthrowing the Afghan government that the Western powers left behind when they pulled out most of their troops last year. Even with that distraction, the Taliban are doing pretty well.