Deep Purple in Belgrade on Tuesday 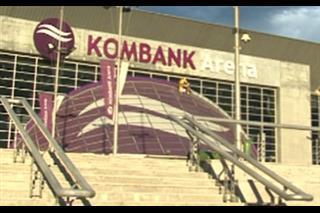 Deep Purple will arrive in Belgrade as part of its world tour "Now What?!" named after this year's album.

Hard rock and heavy metal fans will enjoy a set list comprising the band's greatest hits: "Black Night", "Hush", "Burn", "Highway Star", "The Mule", "Hard Loving Man", and of course the best known riff in the history of rock and roll "Smoke on the Water" and many others.

The band will be in its standard, decades old, lineup, with Ian Gillan as the singer, Ian Paice on drums, Roger Glover on bass, Steve Morse on guitar and Don Airey on keyboards.

All entrances to Kombank Arena will be open as of 19:00 CET to avoid crowding since the audience is expected to arrive from the entire region.

The concert will be opened by four-member Belgrade band Pop Star, while the loudest band in the world according to the Guiness Book of World Records is expected on stage at around 21:00 CET.