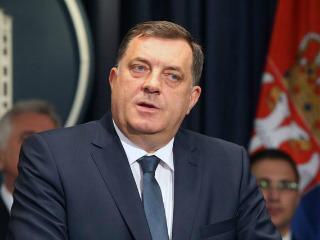 According to the plan, the country's two entities and state government were due to sign the reform agenda at a meeting with Hahn at a roundtable in Sarajevo on Thursday.

"I very much regret the postponement of the roundtable," Hahn said in his press statement on Wednesday night.

"I urge all political and institutional leaders of Bosnia and Herzegovina at all levels to do their utmost in order to finalise and start implementing the Reform Agenda that this country so urgently needs to prosper and to move closer to the EU."

In the past two days Bosnia's state government, the Council of Ministers, as well as the government of the Bosniak and Croat-dominated entity of BiH Federation adopted the document.

However, Republika Srpska's President Milorad Dodik and Prime Minister Zeljka Cvijanovic refused to sign the same text of the action plan. Over the past 48 hours EU officials and Western diplomats tried to negotiate with Dodik to find a compromise, and Hahn's visit was initially put on hold.

However, Dodik finally rejected the document and announced it at his press conference in Banja Luka on Wednesday afternoon.

"The (reform) agenda does not exist for us. I am the president of the RS and I represent it, and I give no consent for this (document), whatever some people may think," Dodik said, after which Hahn's visit was officially cancelled.

Hahn stated that the country "faces serious socio-economic challenges which...