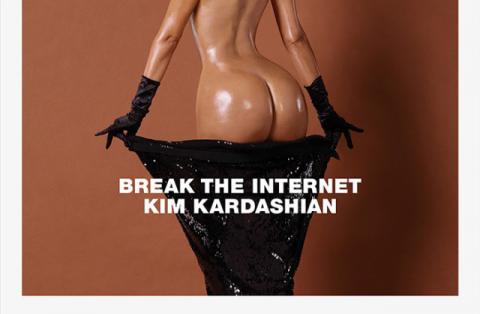 A little more imagery from beautiful behinds is never to be shunned. Here are 9 of the best ‘butt’ moments in recent history.

No how can one argue that Niki Minaj comes on top of the ‘Best Butt’ contender. Especially if you have seen her ‘Anaconda’ video!

Kim is a very strong pick with her most famous bootie shots ‘breakign the internet’. Her photo shoot for Paper Magazine made her the Queen of Butts in 2014!

The comedian is active on her Instagram baring breasts for ‘Free The Nipple’, as well as poking fun at notorieties like Russian President, Vladimir Putin. So when Kim’s racy butt pics surfaced, Handler jumped on the butt bandwagon too. Her ironic wit makes her’s the best, metaphorically speaking.

A few days after Kim’s pics, Rosie’s booty photos appeared and almost blew up the internet.

Miley grinded a fake, plastic bum up against her male dancers during her 2014 Australia shows.

The actor revealed his butt in the film ‘That Awkward Moment’.

Her music video to the single ‘Anaconda’ with gyrating butt cheeks and sultry look, rocked and scandalized the world when it came out!

The model is better known for her bust, but the scene in ‘The Other Woman’ where she showed her ‘back’ and ‘front’ revealed this girl has more than just a ‘bust’.