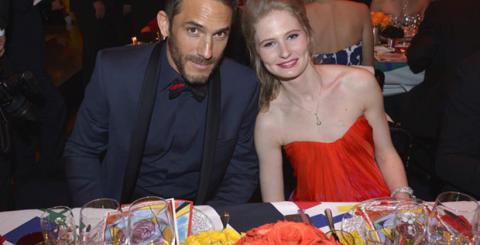 Everything is ready for the wedding ceremony of the 26-year-old daughter of Russian tycoon Dmitry Rybolovlev which will be held today in the legendary island of Scorpios.

Even though, Athina Onassis, the legitimate heiress and ex-owner of the island, had visited the island only a few times and as it seemed she didn’t appreciate the beauty and history of the island, Katia Rybolovleva, the new owner of Scorpios has described the island as her personal shelter.

The daughter of the Russian tycoon has emphasized many times in her past interviews that as time passes she falls in love more and more with the island, which she considers her second home.

It’s no coincidence that she chose to get married with 34-year-old business man Juan Sartori on her “paradise on earth”, as she calls Scorpios.

The wedding ceremony will take place today at 18.30 at the church of the island where Aristotle Onassis and Jacky Kennedy got married 47 years ago. The guests will be about 60, only some friends and relatives of the couple, since Rybolovleva family does not want to disturb the everyday life of the locals, as it is reported.

A wedding reception will follow the wedding where the guest will taste delicious menus from Russian and Greek cuisine.

The guests will also have the chance to visit the small museum displaying personal objects and photographs of Aristotle Onassis, which was built by Rybolovleva family to honor the Greek tycoon.

“Scorpios is also a very sacred place, filled with history and tradition and respect due to the legacy of Aristotle Onassis.” Katia has said during her interviews.