Temperatures in Bulgaria will Reach Up to 36 Degrees in June 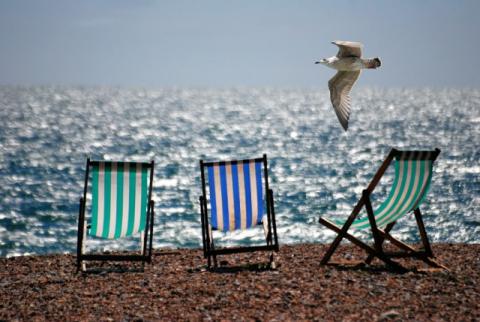 The lowest temperatures in June in Bulgaria will be between 10 and 15 degrees, and the highest - between 31 and 36 degrees, announced Krassimir Stoev to BTA, a meteorologist at the National Institute of Meteorology and Hydrology at the Bulgarian Academy of Sciences.

According to him, this June the average monthly temperature is expected to be around and above the norm, which for most of the country is between 20 and 22 degrees, in the Struma valley - about 23 degrees, for the high fields - between 17 and 19 degrees, and for the mountains - between 3 and 12 degrees.

June will begin with warm weather and with maximum temperatures between 29 and 34 degrees. It will be mostly sunny in the afternoon - with temporary cloud increases, but only in some places will pass a short-light rain with thunder.

The beginning of the astronomical summer in Bulgaria occurs on 21 June at 13:00 and 7 minutes when the summer solstice is in progress, informs Krassimir Stoev.