Higher Interest Rates on Loans in Bulgaria in the Summer? 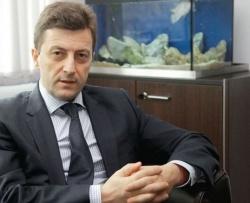 If there is an increase in interest rates on loans, it will begin at the earliest in the summer of 2019. This is what the Chairman of the Board of the Association of Banks Petar Andronov told NOVA "Hello Bulgaria", citing the forecasts of the European Central Bank.

He urged consumers to be very careful about borrowing at the moment, as interest rates may not remain as low as they are at present. According to Andronov, banks also need to be careful about how many credits they give.

"The BNB has repeatedly recommended that we reduce the number of loans granted, because household savings exceeded the income of people in 2017," Andronov said. And he added that last year, banks have put much more money to clean up bad loans, but their numbers are now down. It was this, not the charging of fees, that contributed to the stability of financial institutions and earned them a profit.

He was categorical that the bankers in Bulgaria fully support the state's desire to enter the Eurozone. He added that the banks in Bulgaria should get used to the stress tests because they will be held every year.

"The Bank Union is not a guarantee. Today there are troubled banks in the Eurozone, "Andronov also said.

According to him, the bank's profit increases by about 400 million. The big plus is that bad credit declines and banks have to spend less on bad loans.