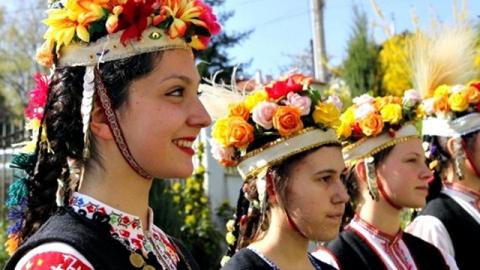 Orthodox Christians today celebrate the Palm Sunday. The day is celebrated after Lazar's Day and the last Sunday before Easter.

The church calls the Lord's Inquisition as it reminds us of the solemn entrance of Jesus Christ in Jerusalem on the back of an ass before the Jewish Passover.

According to the Gospel narrative, the people in the city met him as in the ancient times the winning kings were welcomed. Sprigs with green branches, paved his way with his clothes, and welcomed him with the voice of Hosanna, believing that it was the new Jewish king who would save them from the power of the Romans.

The holiday is also known by the names Vrabnitsa, Color Sunday or Tsvetnica.

In the morning, the churches begin a liturgical worship, and after the liturgy, the priests give out lighted flowers and willow branches with which they praise the worshipers.

Traditionally, twigs are attached to the front door and the home icon.

The name of the Palm Sunday has people bearing names of plants and flowers.