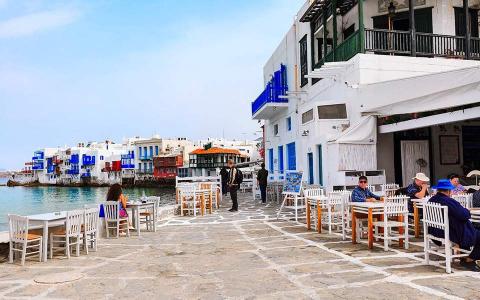 Tax inspectors who descended on a restaurant on the holiday island of Mykonos that had been shamed on social media for grossly over-charging a party of tourists found that the business was in violation of several other rules.

The inspection came in the wake of a scathing review on TripAdvisor by an American visitor to the popular Greek island who posted a photograph of a receipt showing that he and a party of friends had been charged 836 euros for a meal of salad, calamari and beer, with the seafood dishes alone costing 591 euros.

The review was widely reported by international media, prompting the inspection by Greek authorities, who found that the restaurant had violated 12 tax rules on the single occasion of the tax inspectors' visit.