Mitsotakis: Allegations over Novartis probe will be brought to Parliament 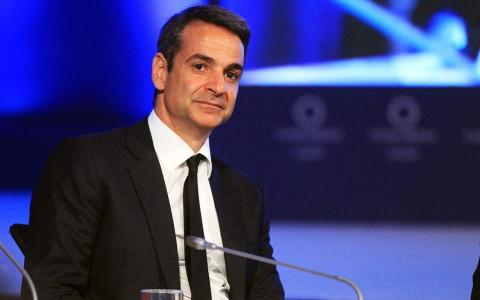 The allegations made by a deputy Supreme Court prosecutor who has implicated a government official of influencing an investigation into an alleged bribery scandal involving the Swiss drugs manufacturer Novartis will be investigated by the next Parliament, main opposition leader Kyriakos Mitsotakis said Thursday.

Ioannis Angelis, who was initially in charge of the Novartis probe, spoke of a government official who is active in the judicial sector, whom he identified only as "Rasputin."

He alleged that the probe into the potential implication of political officials into the Novartis affair has been marred by a series of irregularities, while making allegations of a campaign to victimize political rivals.
Angelis also called on Supreme Court Prosecutor Xeni Dimitriou, Justice Minister Michalis Kalogirou and the corruption prosecutors to testify in the case.