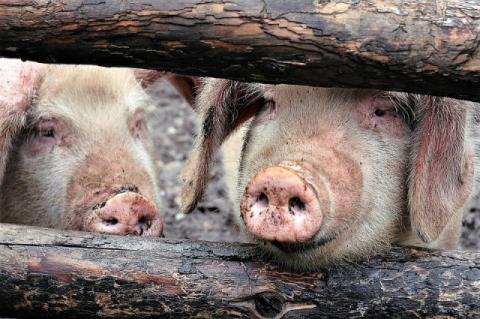 A new case of African swine fever has been confirmed after a dead wild boar was found in the village of Osenovo, Dr. Zlatina Dimova, Director of the Regional Food Safety Directorate told Focus Radio - Varna.
Restriction signs will be erected near the place where the dead animal was found. Other measures include restricting access to the area. No hunting, picking herbs and mushrooms or hiking should be carried out within the eight-kilometer area. The measures will be in force until October 21, according to the order of the director of the Regional Forest Directorate.
Dr. Dimova also said that unregistered domestic pigs were found in 71 backyards in the Varna region. They had not been voluntarily slaughtered by their owners who will now be sanctioned.
"Unregistered animals have been kept in 71 backyards. However, sanctions will not be imposed on all of them as some are now under registration procedure," Dr. Dimova explained.

COVID-19 in Bulgaria: Bourgas District Moves back from Green to Yellow Zone

Weather in Bulgaria: The Hottest July Week is Coming

3 Ways To Multiply Your Bitcoin Holdings