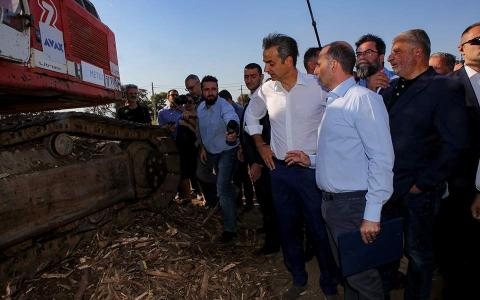 Returning from his official trip to Paris, Greek Prime Minister Kyriakos Mitsotakis on Friday visited a plot of land in eastern Attica which was recently cleaned of 20,000 tonnes of charred tree trunks and branches, cut down and collected after last year's deadly blaze in the resort town of Mati.

Residents in Mati and the wider area had been complaining for months that the clean-up operation was behind schedule that the mass of debris gathered on the plot was a major fire hazard.

Crews of three Greek contractors, who offered to assist pro bono, started cleaning the plot on July 27 and completed the job in less than a month.

"Turns out it was easier and simpler to clean up this ticking-bomb of a plot, but somebody had to bother," Mitsotakis said after reviewing the plot.

Mitsotakis thanked the contractors and pledged to rebuild the town using an urban...