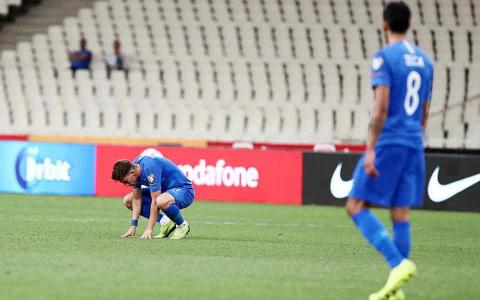 Greece's miserable run in the Euro 2020 qualifiers continued on Sunday when it was held to a 1-1 draw at home by a Liechtenstein side who had lost their previous five games in the group without scoring.

Liechtenstein, whose population of 38,000 would comfortably fit inside the Athens Olympic stadium, had lost their previous 19 European and World Cup qualifiers, a run stretching back to a 1-1 draw with Moldova in June 2015.

In a near-deserted arena, Greece, the Euro 2004 champion, went ahead in the 33rd minute when Giorgios Masouras turned in a cross from Efthymis Koulouris.

But the hosts, whose previous matches in the group produced home defeats against Italy and Armenia and a loss in Finland, paid a heavy price for failing to add to that goal.

With five minutes left, Nicolas Hasler sent a hopeful ball forward for Denis Salanovic who managed to evade his...