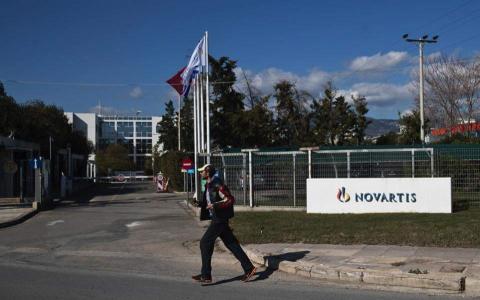 Two prosecutors who are investigating the handling of a controversial judicial probe that pointed to the alleged bribery of Greek politicians by Swiss pharmaceuticals firm Novartis on Wednesday heard from one of the 10 politicians.

Lambros Sofoulakis and Evangelos Zacharis heard from former Socialist labor minister Giorgos Koutroumanis - one of the politicians originally implicated in the alleged scandal but against whom no incriminating evidence has been produced.
On Thursday, Andreas Lykouretzos, a former conservative health minister, is also to testify before the two prosecutors, and former premier Panagiotis Pikrammenos is to be summoned over the coming days.
The case against all 10 politicians, except for former Socialist health minister Andreas Loverdos, has been shelved. MPs voted to lift Loverdos' immunity to prosecution last month.