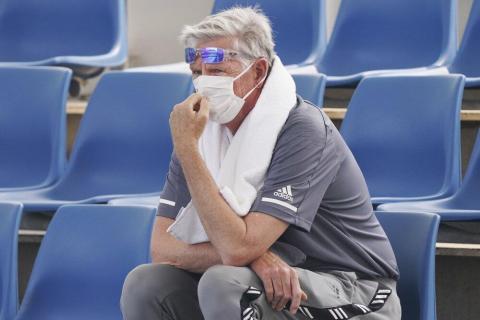 Fire alarms have been sounding in high-rise buildings across downtown Sydney and Melbourne as dense smoke from distant wildfires confuse electronic sensors. Modern government office blocks in the Australian capital Canberra have been closed because the air inside is too dangerous for civil servants to breathe.

The sun has glowed an eerie red behind a brown shrouded sky for weeks over Australian metropolitan areas that usually rank high in the world's most livable cities indexes.

It's an unprecedented dilemma for Australians accustomed to blue skies and sunny days that have raised fears for the long-term health consequences if prolonged exposure to choking smoke becomes the new summer norm. Similar concerns over smoke are emerging in other regions of the globe being impacted by more fires tied to climate change, including the Western U.S.

"I'm going to give birth any day now, literally, and I'm going to have a newborn baby that I'm going to protect from all this,'' said Emma Mauch, a pregnant Canberra mother.

Her friend, Sonia Connor, described the struggle of keeping her own energetic 3-year-old daughter contained inside their Canberra house with windows and doors sealed by tape as the outside temperature exceeded 42 degrees Celsius (108 degrees Fahrenheit). It's a choice between air flow in stifling heat or keeping potentially toxic smoke out.

"My daughter hasn't shown any sort of symptoms, let's say. For me, I can feel it in my lungs, my throat has felt weird,'' Connor said.

"It doesn't seem to be stopping her, but the long-term effects? Who knows? She's 3. Who knows what's going to happen?'' she added.

Slovenian tennis player Dalila Jakupovic fell to her knees in a coughing fit on Jan. 15 while competing in a...