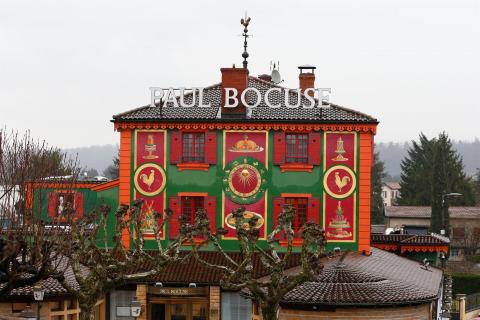 Two years after the death of renowned French chef Paul Bocuse, the Michelin Guide has stripped his flagship restaurant of the coveted three-star ranking it held for half a century, prompting anger and dismay from his culinary peers.

The Auberge du Pont de Collonges, near food-obsessed Lyon in southeast France, was the oldest three-starred restaurant in the world, having held the accolade since 1965.

The Michelin Guide said on Jan. 17 that the establishment "remained excellent but no longer at the level of three stars" and will have only two in the 2020 edition of the famous red book dubbed the "bible" of French cuisine.

Bocuse's family and restaurant team said they were "upset" by the decision, and celebrity chef Marc Veyrat, who recently sued the Michelin Guide over a lost third star, described the move as "pathetic."

The chef's son Jerome Bocuse told RTL it was a "heavy blow" the consequences of which would be "difficult to measure."

Even President Emmanuel Macron weighed in, telling RTL: "I want to spare a thought for what his family represents, for all those he trained, and that cannot take away from the unique role of Paul Bocuse in French gastronomy."

The Bocuse d'Or organization, which manages the annual cooking competition he created, also greeted the announcement with "sadness" and expressed its "unwavering support" for the restaurant.

Nicknamed the "pope" of French cuisine, he was one of the country's most celebrated chefs, helping...