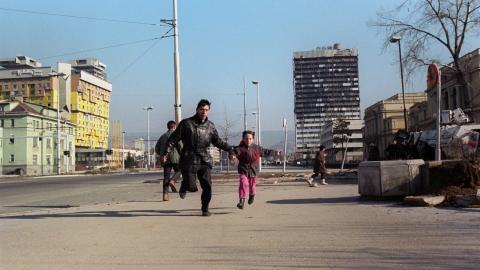 Twenty-eight of her colleagues were injured in the shelling of the RTV building, and one lost his life.

"I am sad and angry too, because if the television station hadn't been there, people would not have seen what was happening in Bosnia and Herzegovina, and that would have been the worst possible propaganda," Musaefendic Ocuz told BIRN.

The Hague Tribunal sentenced Milosevic to 29 years in prison for terrorising the population of Sarajevo. Among the crimes for which he was found responsible was the attack on the RTV building.

Another former commander of the Sarajevo-Romanija Corps, Stanislav Galic, and the wartime Bosnian Serb political leader, Radovan Karadzic, have also been found guilty of bearing responsibility for shelling and sniper attacks on Sarajevo.

But Sarajevo-Romanija Corps brigade commanders under the control of Milosevic or Galic have never been prosecuted for their role in incidents in which civilians were targeted.

Amir Ahmic, the liaison officer at the Hague Tribunal for the Bosniak member of Bosnia's tripartite presidency, claimed that although the UN court has handed down three final verdicts for crimes committed during the siege of Sarajevo, no one in Bosnia and Herzegovina has properly researched what was actually written in them.