Turkey willing to do business in Libya, president’s aide says 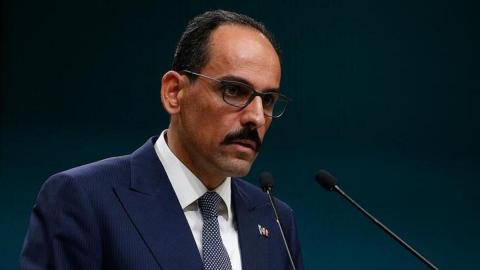 Turkey is willing to do business in Libya as Turkish companies have a very long experience in contributing to the development of the North African country, presidential spokesman İbrahim Kalın has said, citing energy, construction, aviation and port management as potential areas of cooperation.

"Turkey is not a new actor in Libya. Turkish contractors were the prominent foreign entities in constructing Libya's infrastructure since the 1980s. They have built roads, bridges, ports, hotels and houses. They stopped because of the war," Kalın told daily Milliyet in an interview over the weekend.

Turkey hosted Fayez al-Sarraj, the prime minister of the internationally recognized Government of National Accord (GNA), in Ankara last weekend as their forces continue to advance against General Khalifa Haftar's troops. Ankara and Tripoli have agreed to intensify bilateral relationship as Sarraj invited the Turkish companies for the reconstruction of the war-torn country.
"Our main principle is that the resources of the country should be used for the Libyans on the basis of a win-win understanding," Kalın said, stressing that Turkish companies can operate in the fields of energy, aviation, port management and etc. in Libya as there are new areas of cooperation between the two countries.

"But, before this, political stability must be provided," and the war must stop, the spokesman stated.

Kalın underlined that the political unity and stability in the country will be achieved by the efforts of the GNA in Tripoli and the parliament in Benghazi, reaffirming Ankara's denial of Haftar as an actor on the future of Libya.

"Haftar is using Libya's natural resources to finance his own...