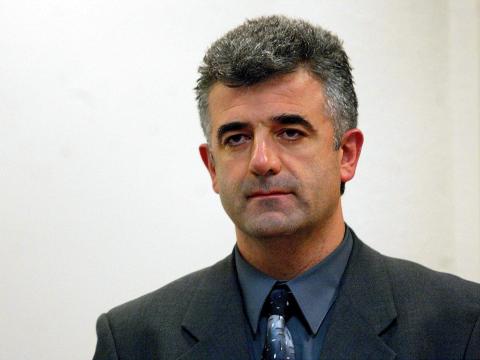 The new government, a coalition of three political blocs who together control 41 of parliament's 81 seats, has vowed to uphold the rule of law, get to the bottom of a string of corruption scandals and end the climate of impunity surrounding attacks on journalists.

"My legal team is currently working to address questions to the new government in Montenegro, which promised during the election campaign to shed light on the assassination of Dusko Jovanovic," Slavica Jovanovic, the widow of Dusko Jovanovic and a co-owner of Dan, told BIRN.

The car of Montenegrin editor Dusko Jovanovic, who was murdered by an unidentified gunman in front of his office in Podgorica.Photo: EPA/SASA MARICIC

Mandic was sentenced to 30 years in 2009 but the verdict was overturned in 2014, forcing a new trial. That ended in a 19-year sentence in 2016. Jovanovic's family and its lawyers, however, say Mandic did not act alone and that the circumstances of the murder have never been fully clarified nor the masterminds brought to justice.

Dan, where Jovanovic served as editor-in-chief, joined calls for the new government to prove its commitment to media freedom and bring Jovanovic's killers to justice.

"If there is the will and a sincere intention to shed light on the crime, you can do it, and you could have done it in a week - just as you claimed to us all these 17 years," Dan editor Mitar Rakcevic told the news portal IN4S on February 10, 6,000 days after the murder.

"Will we wait another 6,000 days to dismantle the black box of the former regime and the then head of the secret police?" he asked. Speaking in late January, Prime Minister Zdravko Krivokapic and Interior Minister Sergej Sekulovic...