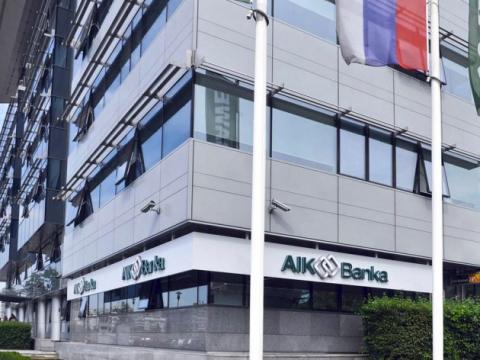 Ljubljana, 16 June – Finance reported on Wednesday that the Serbian AIK Banka is close to signing a deal to buy all of Russian Sberbank’s operations in Southeast Europe, including those in Slovenia. A potential merger of Sberbank in Slovenia and Gorenjska Banka, which is owned by AIK, would create the third largest banking group in the country.

The Russian banking group announced a few days ago that it intends to withdraw from the European market within a year or two. At the beginning of June, Sberbank also announced that it intends to sell its majority stake in the Croatian group Fortenova, which includes the Slovenian retailer Mercator, within two years.

The buyer for most of Sberbank’s banking operations in Southeast Europe has already been selected, reports the business newspaper Finance on its website, as rumours about the deal are getting louder in banking circles.

According to Finance, rumours say that AIK Banka, owned by Miodrag Kostić, is to be the buyer. The Serbian and Czech media are also reporting on the rumoured deal, while there are no official comments, the newspaper adds.

Sberbank Europe expanded into Europe mainly through the acquisition of the former Austrian Volksbank in 2012. With headquarters in Vienna, it operates in eight markets: Austria, Germany, Bosnia-Herzegovina, Croatia, the Czech Republic, Hungary, Slovenia and Serbia. Sberbank Europe Group has approximately 773,500 clients, 187 branches and 3,900 employees.

Meanwhile, AIK Banka owner Miodrag Kostić entered the Slovenian banking market in 2017, when he bought Gorenjska Banka from the over-indebted Sava holding. He officially took over the management in the summer of 2018.

In addition to buying Gorenjska Banka, Kostić also made other investments in Slovenia, as he is the owner of Grand Hotel Palace in the coastal resort Portorož and holds a majority share in the Portorož airport.

Last year, Gorenjska Banka was the seventh largest bank in Slovenia in terms of total assets, while Sberbank was the ninth largest out of a total of 14 banks. A possible merger of the two banks would create the third largest banking group in the country.

Hospitality providers will also have to check Covid certificates

Certificate checking mandatory as of today