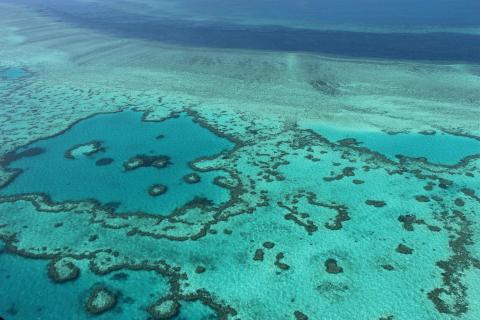 The Great Barrier Reef should be added to a list of "in danger" World Heritage Sites, a U.N. committee recommended on June 22, prompting an angry response from Australia which said it had been blindsided by the move and blamed political interference.

The long-term outlook for the world's biggest coral reef system had deteriorated and action was needed to counter the effects of climate change, said the United Nations Educational, Scientific and Cultural Organization committee, which sits under UNESCO.

Australia's Environment Minister Sussan Ley said Canberra would challenge the recommendation, saying it went against advice given just a week ago, and defended Australia's protection of the reef.

"This is a complete subversion of normal process," Ley said.

Australia has for years been battling to keep the Great Barrier Reef, a major tourist attraction that supports thousands of jobs, off the "in danger" list, a step that could potentially lead towards its eventual removal as a World Heritage Site.

In 2015, its lobbying included hosting UNESCO World Heritage delegates on a trip to an unspoiled stretch of the reef, but since then, scientists say, the world's largest living ecosystem has suffered three major coral bleaching events due to severe marine heatwaves.

Ley said she and Australia's Minister for Foreign Affairs Marise Payne raised their concerns overnight with the Director General of UNESCO, Audrey Azoulay.

"This decision was flawed. Clearly there were politics behind it," she said, without elaborating.

A government source said Canberra believes China, which chairs the committee, is responsible for the move amid a souring of relations between the two countries.

"We will appeal but China is in control,...