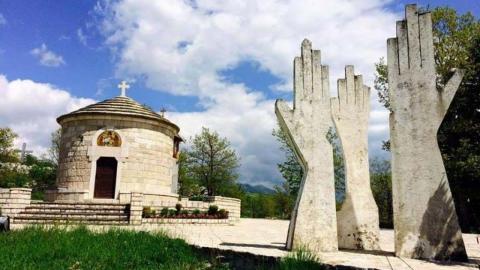 The proposal came after the Peace is Our Nation bloc and the Black on White coalition, both of which are also part of the ruling alliance, voted alongside opposition MPs to adopt a resolution to recognise the Srebrenica massacres by Bosnian Serb forces in 1995 as genocide.

In Montenegro, where people are sharply divided over the Srebrenica resolution, the resolution on the Piva and Velika crimes was seen as 'compensation' to ease criticism from the country's large Serb community.

Democratic Montenegro party MP Momo Koprivica argued that the Velika and Piva massacres can be characterised as genocide because they were carried out with the intention of exterminating an entire group of people in the area - Serbs.

"There is no reconciliation without facing the horrors of the past," Koprivica said on July 17.

"We must find the strength to face the war crimes of the past. If the truth is revealed and accepted, we will understand each other better," he added.

While most of the ruling majority parties publicly supported the resolution, some members of the Black on White coalition opposed it.

Black on White called on Democratic Montenegro to include World War II Serb Chetnik massacres of Bosniaks in northern Montenegro in the resolution, warning that the current version, focusing exclusively on Serb victims, could cause yet more divisions in society.

The pro-Serb Democratic Front, which is also part of the ruling alliance, proposed a similar resolution last December declaring the Velika massacre to be genocide.

But Veselin Matovic, who directed a documentary about the killings in Piva, argued that proper investigations of WWII crimes are more important than resolutions.

"Demands for resolutions are meaningless...