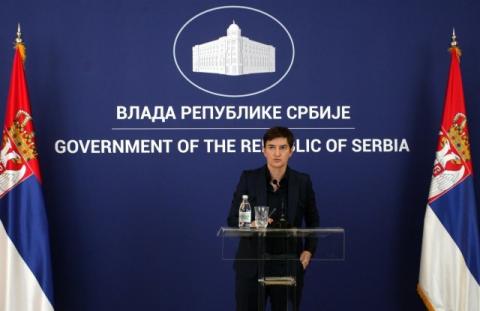 According to the media, the idea is to increase the coverage of children aged 12 to 18 with vaccination during that time.
Doctors at the headquarters will also demand that the application of COVID passes be extended to all enclosed spaces, except, perhaps, only grocery stores.
During the consultations that were agreed for today, the members of the medical part of the Crisis Staff will formulate the requests that they will present to the rest of the Crisis Staff, which is expected to sit by the end of the week, "Novosti" reports.
"We should urgently resolve this catastrophic epidemiological situation, according to the same model as other civilized countries," medical part of the headquarters told the paper.
"Only about one percent of children have been vaccinated, and with mass immunization at school age, starting at the age of 12, and with just one dose of the vaccine, we would achieve a fantastic result. That is the only way to protect children, that get infected partly with an extremely severe clinical picture".
The medical part of the headquarters is also asking for limited contacts.
"We have been insisting on the introduction of COVID passports since May, and we believe that it is clear to everyone that such a partial solution cannot lead us to the goal. It is not time for gatherings, neither at 10 in the morning, nor at 22 hours in the evening," he added.