China is Increasing Coal Production. Calls on the Population to Stock Up on Food 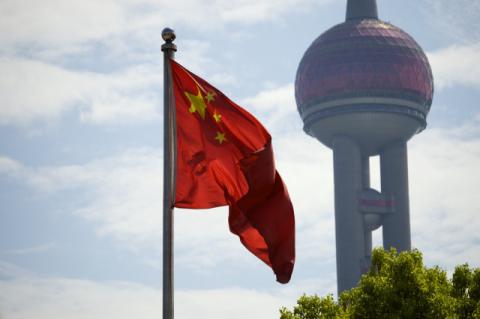 China is increasing its daily coal production by more than a million tons in the context of electricity shortages and at a time when leaders from around the world are negotiating in Glasgow on an agreement on how to save our planet from global warming, AFP reported.

In the midst of a global economic boom, China has been hit by rising commodity prices, particularly coal. The Asian giant depends 60 percent on them to power its power plants.

This situation causes power plants to operate at slow speeds despite strong demand, which in turn has led to a regime of electricity and a jump in production prices for enterprises.

To ease that pressure, authorities have allowed coal mines to open in recent weeks. The move runs counter to Chinese President Xi Jinping's promises to start cutting the country's carbon footprint before 2030.

Since mid-October, China's daily coal production has exceeded 11.5 million tonnes, up 1.1 million tonnes from the end of September.

At the same time, the Chinese government called on the population to start stockpiling food. It is a matter of stockpiling a certain amount of basic necessities so that households can meet their daily needs or use them in case of emergencies, AFP reported.

It is not specified on what occasion this appeal, coming from the Ministry of Trade, is addressed, nor whether the country is threatened by food shortages.

The ministry also calls on the various local authorities to facilitate agricultural production and supply flows, monitor meat and vegetable stocks and maintain...

Platform B: China in the Balkans – Transparency Locked