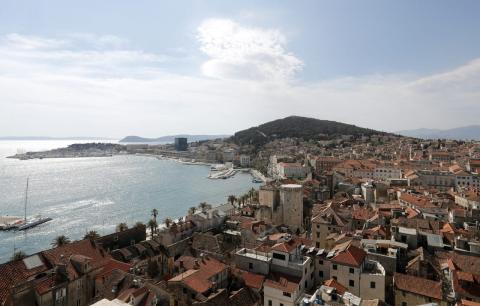 After another murder of a woman in Croatia by her former partner, human rights activists have urged the government to take a more serious approach to violence prevention and protection of women - and classify femicides as premediated murders connected with hate crimes towards women.

The outcry follows Tuesday's murder of a woman at her workplace in a Lidl store in the port city of Split.

The assailant walked into the store with a knife and first assaulted the women verbally before striking her with the knife in front of the shoppers. The women was rushed to hospital but died from the injuries.

Lidl's security and other shoppers restrained the killer before the police arrived. Media later reported that the killer was the woman's ex-partner.

"Every woman has the right to feel safe … [but] Croatian Law does not recognize femicide as such, and crimes committed against women and intimate partners are neither qualified nor sanctioned as such," the NGO Domine from Split wrote on its Facebook page.

"The latest case of murder of a woman in Split where the offender walked in carrying a weapon to her place of work and killed her shows that women and girls are not safe anywhere and that society is powerless to protect them from male violence," it added.

Croatia's Ombudsperson for Gender Equality, Visnja Ljubicic, told Jutarnji list she could not comment of the exact case before trial but that her office will examine all the circumstances surrounding the murder.

From 2016 to 2018, 46 women were killed in Croatia, 39 by someone close to them, Domine wrote on Facebook, quoting the Ombudsperson for Gender Equality's data.

In 2020, 14 of 36 murders committed in were women killed by their current or ex-partners, it added.