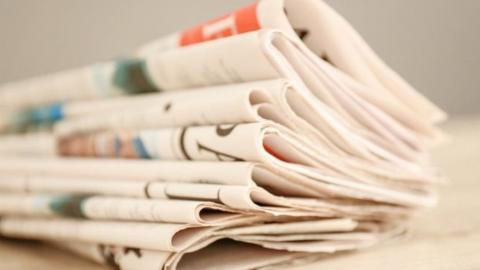 Koper – Under the headline Euros and Concrete Incredibility, the newspaper Primorske Novice comments on Concretely, a new party which emerged from a merger of Economy Minister Zdravko Počivalšek’s coalition SMC and National Council President Alojz Kovšca’s non-parliamentary GAS, saying its main problem is a lack of credibility.

The congress at which the party emerged on Saturday offered a list of more or less naively populist promises with which Concretely wants to strike a chord of potential voters.

The paper says it will be hard for the new party to get to parliament in the next election – the SMC, a pathetic remain of what used to be a triumphant election winner, has polled for a while below the parliament’s threshold, whereas GAS managed to attract a mere 3,000 voters in the last election.

What gives the new party some potential is EUR 600,000 the Modern Centre Party (SMC) has brought as a dowry into the marriage with GAS and which the new party’s president Počivalšek brags about in the media.

This is quite a lot of money which can buy a lot of media time. And the party will get some media exposure before the election also thanks to Kovšča, who is the president of the upper chamber and who could attract a part of the public in his media appearances.

However, neither thousands of euros nor Kovšca and Počivalšek’s media appearances can make up for the lack of credibility, which is the biggest problem of the new party.

As all marginal parties GAS has been far from the media spotlight in recent years, while the SMC has lost its good name over the years, so Počivalšek and his team have not brought only the money to the new party but also the SMC’s “reputation which is far below zero”.