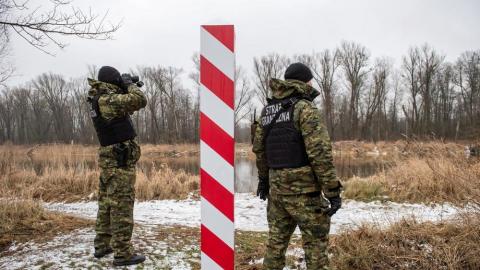 Tusk's announcement is important because it means the liberal opposition has received support from maverick politician Pawel Kukiz, whose four MPs are currently key to PiS maintaining its parliamentary majority. To support the opposition request, Kukiz has asked for the commission to have a broader remit, investigating surveillance under several governments, including Civic Platform ones.

Given that the Senate commission has already heard evidence indicating the use of Pegasus spyware by the Polish authorities could have impacted the result of the 2019 parliamentary elections that PiS won, the risks of a more serious investigation are high for the ruling party.

PiS leader Jaroslaw Kaczynski is likely concerned about what else might be revealed by a Sejm commission whose mandate goes back in time even to its 2005-2007 stint in government, to the point where he could threaten a split with Kukiz and risk his government's parliamentary majority.

The Pegasus affair has certainly added to the pressure the governing party is under, which was already feeling the effects from spiking inflation, the pandemic and the widening conflicts with the EU.

Interestingly, following revelations that the Central Anti-Corruption Bureau allegedly also surveilled former PiS allies using the Pegasus spyware, Polish media was on Thursday quoting politicians claiming that even current PiS members are turning to Citizen Lab, a cybersecurity unit at the University of Toronto which is tracking the use of Pegasus in 45 countries, to see whether their own phones had been tapped. Levels of trust in the governing camp are in danger of plumbing new depths.

A view of Romanian Army 'Gepard' Self-Propelled Anti-Aircraft Gun (SPAAG) during exercises of the NATO Battalion...