Are there any LNG Tankers for Bulgaria? The Former Energy Minister Answers 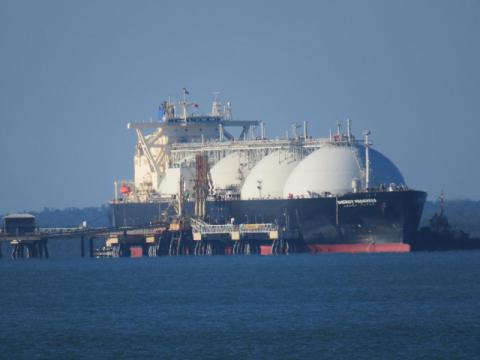 There is a compelling offer from the "Cheniere" company for the delivery of seven carloads of liquefied gas, the former Minister of Energy, Alexander Nikolov, was categorical.

In his words, for these seven tankers - the offer from the supplier is engaging.

However, Nikolov explained that it is the right of the payer and the recipient whether to accept it or not.

"There is a commitment for all three tankers, which may arrive by the end of the year, while there is a written mechanism for the other four," he specified.

Yesterday, at an extraordinary press conference in the Council of Ministers, acting Energy Minister Rosen Hristov said that there will be no gas until the end of the year.

"There is only until the month of September. For the announced 7 tankers - they are at the offer level - 3 this year, 4 next year, but there are no slots for delivery to Bulgaria", he insisted.

Today, Nikolov explained to Nova TV about the difference between a binding and a non-binding offer.

"When I receive the natural gas and the offer on the other side is engaging, it is my decision whether to receive it," he explained.

According to him, when the data was handed over by the former energy minister, it was said that there was a slot for the first cargo.

"For the first cargo, a decision has been made because it is short in time. It is for delivery in October. This slot is secured. But although all the documentation is in Bulgargaz and Bulgarian Energy Holding, this decision has not yet been made", Nikolov drew attention to this fact.

The former minister said that the tenders for the second and third cargo were not announced at the liquefied gas terminal on the Greek island of...