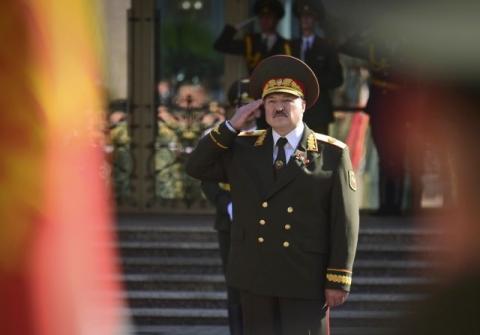 A U.S. official said the August 9 election was neither free nor fair.
"The published results were fabricated and did not reflect legitimacy. The United States cannot consider Alexander Lukashenko a legitimately elected leader of the country," a State Department spokesman said, commenting on Lukashenko's inauguration yesterday.
The European Union also refused to recognize Lukashenko as president, EU High Representative Josep Borrell said today. "The August 9 elections were neither free nor fair. The EU does not recognize falsified results," the European foreign minister said in a statement.
As he stated, the so-called swearing-in and the new mandate, to which Alexander Lukashenko claims to be entitled, have no legitimacy and are contrary to the will of the people of Belarus.
Lukashenko was sworn in for a new presidential term yesterday, despite protests and demands to step down after 26 years of rule.
Last week, the European Parliament adopted a resolution rejecting the official results of the August presidential elections in Belarus, and stated that it would not consider Lukashenko a legitimate president after starting a new term.
Presidential elections were held in Belarus on August 9, in which, according to the Central Election Commission, Alexander Lukashenko won with 80.1 percent of the votes. However, after that, mass protests began because the opposition believes that the elections were stolen.