EU commissioner Jean-Claude Juncker called for an urgent debate on Brussels's response if European companies are affected by US anti-Russian sanctions. The announcement is made by the Financial Times, cited by TASS. 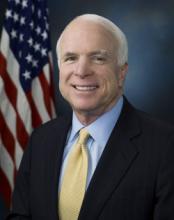 US Republican Senator John McCain has a malignant tumor in the brain, reported by the office and his family, quoted by Reuters and Associated Press.

The American political scene will soon resemble the hit television series "House of Cards," as revelations of contacts and deals between Donald Trump's election campaign and others keep coming in.

A gunman believed to be a supporter of former Democratic presidential candidate Bernie Sanders sprayed a hail of bullets at a GOP baseball practice Wednesday morning, injuring House Majority Whip Steve Scalise and four others before U.S. Capitol Police took down the rifle-wielding assailant.

President Recep Tayyip Erdoğan's meeting with Donald Trump was expected to be "either in the format of a full stop or a comma" in terms of the allies' future ties, as Erdoğan put it. Yet the meeting seems to be a full stop in Trump's career rather than bilateral relations!

US President Donald Trump has defended his “absolute right” to share information with Russia, following a row over classified material.
Mr Trump tweeted that he had shared “facts pertaining to terrorism and airline safety” and wanted Russia to do more against so-called Islamic State.
He met Russian Foreign Minister Sergei Lavrov in the Oval Office last week. 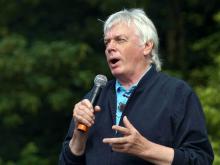 Icke, best known for his theory that a reptilian alien cabal rules the world, praised Serbia for resisting the EU and warned about the alleged power of billionaire philanthropist George Soros.

The president unexpectedly said on April 21 at a Treasury Department event that there would be "a big announcement on Wednesday having to do with tax reform."