Turkey evacuated more than 1,700 of its nationals on April 23 from all over the world amid the coronavirus pandemic.

Nearly 64 million citizens spent the weekend at home after the government announced on April 10 a 48-hour curfew for a total of 31 provinces, including Istanbul, Ankara and İzmir in an effort to combat the spread of the coronavirus.

Residents in some cities in the past couple of weekends hit the streets and flocked to parks dodging social distancing rules.

The bone marrow of two young people living in Greece has become a source of hope for a Turkish youth waiting for transplantation in the Mediterranean province of Adana.

The Turkish-Greek borders closed due to the coronavirus pandemic, which has wreaked havoc on the whole world, has been overcome for the transplant.

Officials have started to distribute protective masks to people who commute on public transport and those that go to open marketplaces to shop, as Turkey introduced stricter measures in a bid to curb the spread of the coronavirus that has already infected nearly 25,000 people across the country, killing over 500.

The International Orange Blossom Carnival, which was planned to be held for the eighth time this year in the southern province of Adana, was canceled due to the coronavirus epidemic. But locals celebrated it from their balconies.

Anti-smuggling teams carried out the operation in the southern province of Adana amid a surge in demand for protective gear due to the coronavirus outbreak.

Police raided a depot that was operating without a permit in the Yüreğir district. 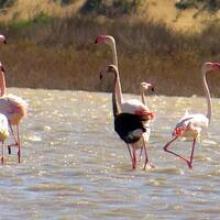 The three Syrian nationals were detained in an anti-terror operation carried out by Turkish police.

Turkey was one of the first countries to recognize ISIL as a terrorist group in 2013, as soon as it emerged. 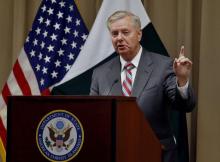 U.S. Senator Lindsey Graham on March 3 voiced appreciation for Turkey's efforts to thwart a Syrian regime offensive in northwestern Syria propped up by Russia and Iran. 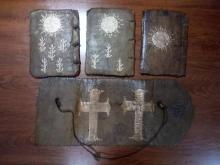 Turkish police conducted an operation in the Seyhan district of the province as part of operations against historical artifact smuggling, said the sources, who asked not to be named due to restrictions on speaking to the media.