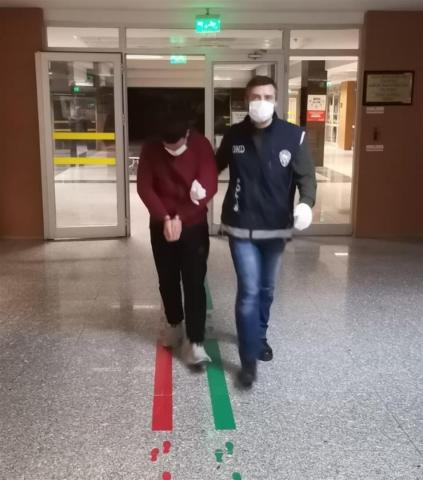 At least 34 irregular migrants have been apprehended during security checks and operations conducted in Turkish provinces, security sources said.

Turkish police teams in the northwestern province of Kocaeli's Gebze district were tipped off that a group of foreign nationals would be dispatched to the country's western provinces by a minibus.

The minibus carrying the migrants was stopped on the E-5 Highway.

The driver, identified only by the initials A.E.H., was detained and later arrested by a local court, while 18 migrants on the minibus were referred to the provincial migration office.

Separately, local gendarmerie forces in the Central Anatolian province of Konya's Karapınar district pulled over a minibus en route from the southern province of Adana to Konya.

Syrian national minibus driver Ahmad Almansour, 35, and Iraqi national Hadi Najmi Said Yetim, 25, were arrested while 12 migrants, mostly from Syria and Iraq, were in the vehicle with no seats and covered windows.

The duo reportedly had three different records for migrant smuggling.

Meanwhile, four irregular migrants and four suspects alleged to be smuggling migrants were apprehended in the eastern province of Van's Muradiye district.

The governor's office announced that an operation was launched following a post shared on social media that says: "I have very high-quality Afghan shepherds, let those who need it get in touch."

Legal procedures are ongoing for the four suspects, while the migrants were taken to the provincial migration office.