Criticism against calls for boycott of Serb businesses 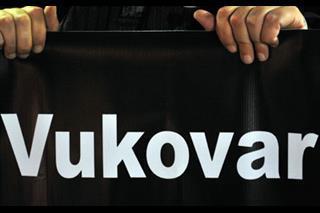 ZAGREB - The invitation to boycott shops in Vukovar owned by the local Serbs is a revitalization of fascism,several Croatian organizations have said and called on the government to condemn that action by the Headquarters for the Protection of the Croatian Vukovar,an organization that is famous for opposing the use of the Serbian Cyrillic scrip in Croatia.

Officials of the two organizations, Franjo Habulin and Damir Jasarevic said the invitation was an attempt to promote fascism in Croatia and that the government should react, as it was its duty to protect all Croatian citizens, regardless of confession and ethnicity.

The publication of the list of businesses in Vukovar owned by people of different ethnicities and confession and the invitation to boycott them is reminiscent of Kristallnacht in Nazi Germany in 1938, when the Nazis destroyed Jewish shops and homes and began the Holocaust, they stated.

The invitation to boycott Seb businesses was posted on Facebook several days ago, citing that the boycott hsould continue until the Cyrillic script was excluded from official use.

Milorad Pupovac, president of the Serb National Council (SNV) and member of the Croatian parliament, condemned the call in the harshest terms on Wednesday, and urged the authorized institution to react.

Pupovac told an impromptu press conference in Zagreb that if no reaction takes place, he will inform the authorized foreign institutions, Croatian news agency HINA reported.

US says it will coordinate with Turkey in Idlib