Thousands of Latvians Face Unemployment Due to Sanctions on Russia 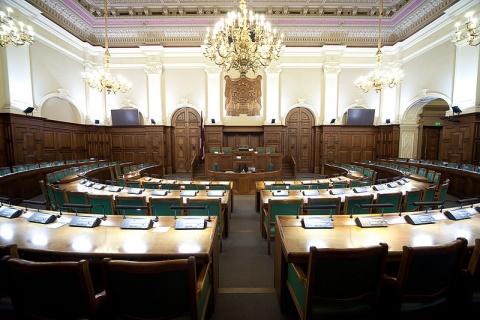 Economic sanctions imposed on Russia over current crisis in Ukraine may trigger a wave of unemployment in Latvia, according to a top official.

Some 20 thousand Latvian residents may lose their jobs, State Secretary of the Latvian Ministry of Welfare Ieva Jaunzeme claimed, Monday.

According to her, Latvian state-run railway concern may face largest problems.

"The enterprise depends highly from co-operation with its eastern neighbor," she said, cited by Itar-Tass.

Employees in Latvian fish-processing industry, in particular the production of canned fish, will also be affected in case of sanctions against Russia and may also face unemployment.

"The majority has already drawn lessons from the 1995 crisis and when choosing business partners does not put all eggs in one basket," Jaunzeme added.