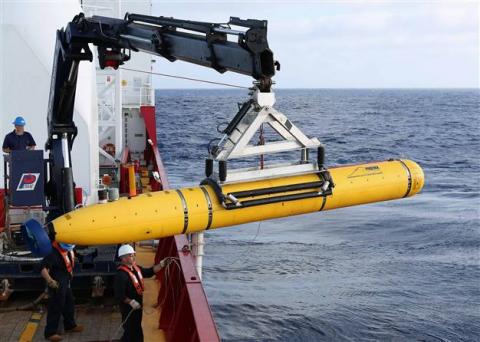 Malaysia on Aug. 28 said it would share with Australia the cost of the latest effort to uncover signs of missing Malaysia Airlines Flight MH370, in the hope of unlocking modern aviation's greatest mystery.

Months of searches have failed to turn up any trace of the missing Boeing 777 aircraft, which disappeared on March 8, carrying 239 passengers and crew shortly after taking off from the Malaysian capital of Kuala Lumpur, bound for Beijing.

Malaysian Transport Minister Liow Tiong Lai told a news conference in Canberra that the two countries would evenly split the costs of the new search phase, estimated at up to A$52 million ($48.65 million).

"So it is important here that we would like to thank Australia for leading this search and we have so far committed and spent about A$15 million and we are also going to match the Australians in the tender cost for the search," he said.

The latest phase of the search is expected to start within a month and take up to a year, focusing on a 60,000-sq-km patch of sea floor some 1,600 km west of Perth.

MH370 may have turned south 'earlier' than thought

Australian Deputy Prime Minister Warren Truss said that new information suggested that the jetliner may have turned south earlier than previously believed and that as a result, the search would focus on the southern area of the zone.

That information, he told reporters, was based in part on an attempt to map the position of the plane at the time of a failed satellite telephone call by Malaysia Airlines on the ground to the jetliner.

"The search area remains the same but some of the areas, some of the information we now have suggests to us that areas a little...