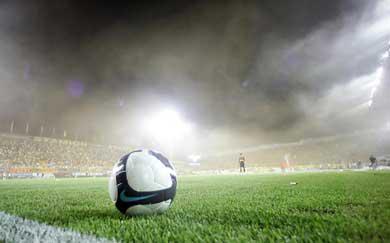 Charges were filed on Thursday against 16 people alleged to have cooperated to fix the outcome of Greek soccer matches.

In a 173-page report, first instance prosecutor Aristidis Koreas identified a series of offenses allegedly committed by the suspects, seven of whom are believed to have formed a criminal gang.

The prosecutor did not name the suspects but sources said they include three officials from the Hellenic Football Federation (EPO), two members of EPOs refereeing committee, three active referees and two chairmen of Super League soccer clubs.

Apart from forming a criminal gang, which is a felony, the list of charges consists of serial fraud, bribery and attempted blackmail. The last charge relates to an explosion at a bakery owned by referee Petros Constantineas in 2012.

Koreas based his investigation on 15 witness testimonies and telephone conversations that were recorded by authorities.

The prosecutor believes that there is enough evidence to show that the suspects conspired to fix the appointment of referees to certain games in order to ensure the result they wanted. He said that some teams suffered relegation and financial losses as a result of the fixed games, while others profited by finishing high up the league and qualifying for European competitions. According to Koreas, Greek soccer fans were defrauded by the alleged gang.

The case will now be assigned to an anti-corruption prosecutor who will question all the suspects. Once this is done, the matter will be referred to the Council of Appeals Court Judges, which will decide whether the 16 should stand trial.

Benefit for newborns being voted in Parliament

Tsipras versus the US and Trump's intervention

Morosini and his Legacy | Athens | To February 29

Zisis returns to AEK to lead it to triumph at Peristeri

PAOK and Xanthi threatened with drop for breaking ownership rules