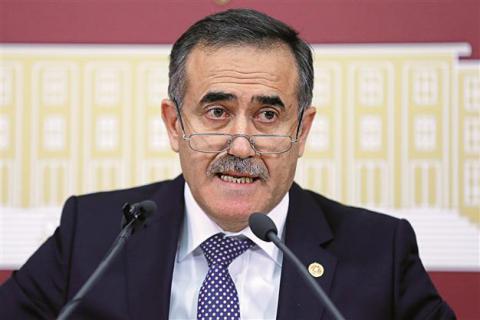 ?hsan Özkes, who became independent deputy after resigning from the Republican People?s Party (CHP) in late July, has caused controversy for praising the presidential palace with reference to the Prophet Muhammed, even though he criticized the same gargantuan edifice five months ago while also invoking the prophet.

Özkes, a former mufti, sent tweets from the presidential palace that President Recep Tayyip Erdo?an built during a reception to mark Aug. 30 Victory Day, stating that Muhammed would have gone to the palace if possible.

?If the Prophet Muhammed had lived today, would he have gone to the [presidential] palace? I totally felt this there tonight that he would because there are many Islamic traditions there,? Özkes posted on his Twitter account on Aug. 30, adding that excerpts from the Quran were prayed out loud in the name of members of security forces who recently fell in battle with outlawed militants.

After coming under fire for his statements, Özkes once again tweeted about the issue, saying God may rehabilitate people who have a great grudge against the president.

?What is this hostility against Tayyip Erdo?an? May God rehabilitate these people. I will say for those who are interested: If Atatürk had lived today, he would also have been at the palace tonight,? Özkes? tweet read.

During a speech at the General Assembly of the parliament around five months ago, Özkes said that ?if the Prophet Muhammed had lived today, he would not have gone to that palace.?