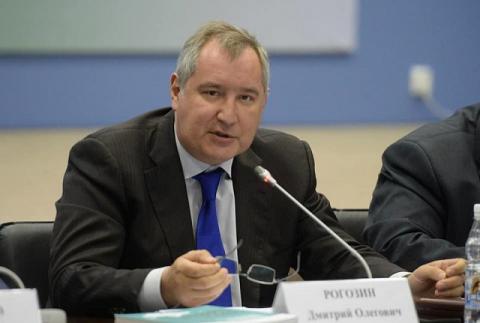 A planned visit by Russian Deputy Prime Minister Dmitry Rogozin to both Moldova and the pro-Russian breakaway region of Transnistria is causing more tension in Chisinau, where the pro-Western governmenthas vowed to block it.

A Russian military delegation, including Rogozin, is set to visit Moldova and the breakaway region of Transnistria on July 29 and mark the 25th anniversary of the Russian peacekeeping force's deployment in the region after a bloody conflict ended with a truce in 1992.

While Moldova's pro-Russian President supports the visit, the Moldovan Foreign Ministry notified the Russian embassy on Wednesday that Moldova will not allow Rogozin to land at Chisinau airport with a Russian Air Force delegation because Moldova has banned Russian military access to its territorysince 2014, when the Ukrainian conflict started.

"Expressing regret over the lack of a common plan to mark the 25th anniversary of the peacekeeping mission on the Dniester River, the Moldovan authorities deem these unilateral events inappropriate," the message said.

Rogozin responded on Thursday on Twitter, saying he intended to come regardless. "I don't understand who and what they forbid me to do. I will definitely arrive [in Moldova]. I will meet Moldova's President and the leadership of the Dniester Moldovan Republic," he wrote.

He also notede that he had been invited to Moldova by the pro-Russian President, Igor Dodon.

Dodon announced the visit on his Facebook account on Wednesday, after a meeting with the Russian ambassador to Moldova, Farit Muhametshin.

Dodon said in the message that he wished to talk to Rogozin about the situation in Transnistria and the tensions caused by the newly inaugurated Moldovan-Ukrainian joint border checkpoint...