Farmers to start scaling back roadblocks amid impasse 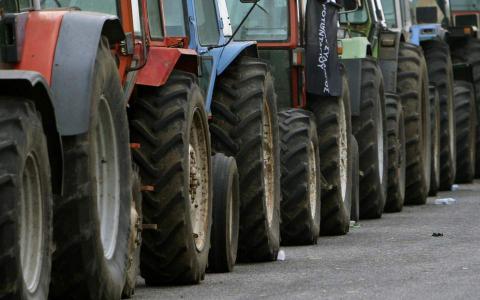 Farmers who have been blocking national highways for the past three weeks, demanding tax breaks and lower production costs, are expected to start scaling back their action from Saturday after talks with government officials failed to yield a compromise.

In comments to the Athens-Macedonian News Agency (ANA-MPA) on Friday, the leader of the union representing farmers in Larissa, central Greece, described the government as "hostile."

"The government is hostile to farmers while helping shipowners, traders and bankers," Rizos Maroudas told ANA-MPA. The union chief said new action was planned for next month once the farmers have regrouped and discussed tactics.

Farmers had set up 23 roadblocks at key junctions of national highways, chiefly in central Greece, in recent weeks, pressing the government for concessions. However, talks with state officials failed to break...