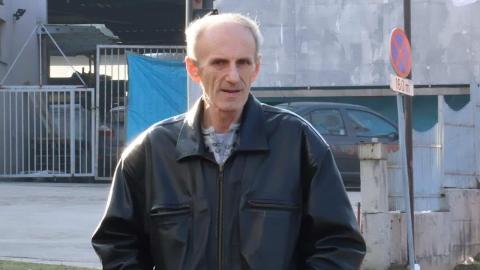 The Bosnian state court on Wednesday convicted Milomir Davidovic, alias Lici, of forcing a Bosniak woman to have sexual intercourse with him in July 1992.

The court found that another Bosnian Serb soldier, Dragan Zelenovic, took the woman from the secondary school in Foca on an undetermined date between July 3 and 18, 1992 to an apartment in the so-called 'Lepa Brena' building, where she was raped by defendant Davidovic and other soldiers.

Judge Jasmina Cosic-Dedovic said that the court believed the testimony of the victim, who said that women detained at the secondary school were taken out in order to be sexually abused.

"The witness described what happened at the apartment of Dragan Zelenovic, alias Zelja, in a pretty convincing manner," said judge Jasmina Cosic-Dedovic.

The court ordered the defendant to pay the victim 10,000 Bosnian marks (about 5,100 euros) in compensation.
The Hague Tribunal in 2007 sentenced Zelenovic to 15 years in prison for taking part in the rape and abuse of women and girls at temporary detention centres in Foca in 1992.

The Hague court said at the time that his crimes were "part of a pattern of sexual abuse" of Bosniak women by Serb troops in the Foca area.

Due to a lack of evidence, Davidovic was acquitted of raping another Bosniak woman at the 'Lepa Brena' building.

He was also cleared of raping a third Bosniak woman in an abandoned house in the village of Dobro Polje in the same time period because the victim said she was not sure whether or not Davidovic was the perpetrator.

"The court established that the witness did not want to accuse Davidovic of something he had not done," Cosic-Dedovic said.
In passing sentence, the court found no aggravating circumstances to take into...