Festival of the Aegean turns 15, celebrating with 17 concerts 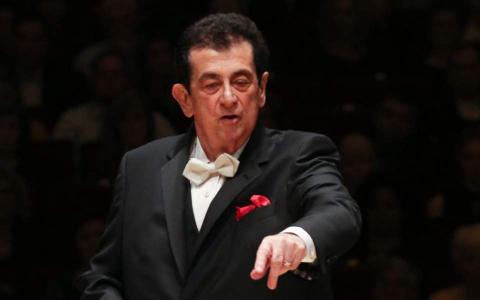 Syros' historic Apollo Theater welcomes the International Festival of the Aegean for the annual event's 15th outing. Established in 2005 to bring together local and international choirs, classical symphony orchestras and opera singers, Peter Tiboris' heralded festival runs from July 14 to 26.

"The first festival was four performances with an orchestra from Rome and a cast of 20," says Tiboris. "This summer, 15 years later, we have 17 concert events in 14 days with a total visiting production of artists and directors and choirs of 325 performers from 23 countries."

Highlights for this year's festival include a rendition of Richard Strauss' slapstick comedy opera "Ariadne auf Naxos" by the Pan-European Philharmonia of Warsaw, a sunset choral concert and an evening celebrating the musical stylings of Granada, Spain.

Explosion in a Chemical Plant in Spain

Atanas Urdzhanov: The Prices of Deli Meats are Expected to Rise by over 10%