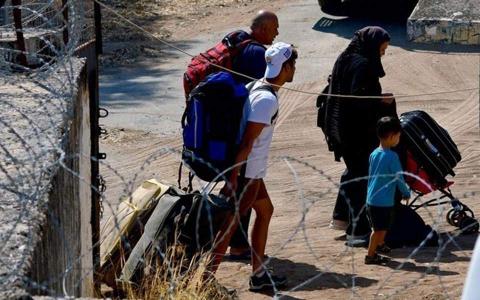 Despite the ongoing talks on a Europe-wide and diplomatic level on how to assist Greece with the threat of a new crisis looming, migrant flows to the islands are continuing to rise, with 809 people having landed on their shores after traveling from the Turkey coast from Monday until Wednesday noon.
In response to the increase, another 389 people were ferried to Piraeus port Wednesday from Symi in the southeastern Aegean and were transferred by bus to six camps on the mainland - in Corinth, Thiva, Doliana, Filippiada, Skaramanga and Koutsohero - as part of an ongoing plan to decongest island camps.

"Those who have been transferred from Symi have already been informed that they will be formally registered and will file a request for asylum at a mobile unit that will go to the camps where they were transferred," said Special Secretary for Reception Manos Logothetis.

Turkish clubs to have cardboard fans in stands