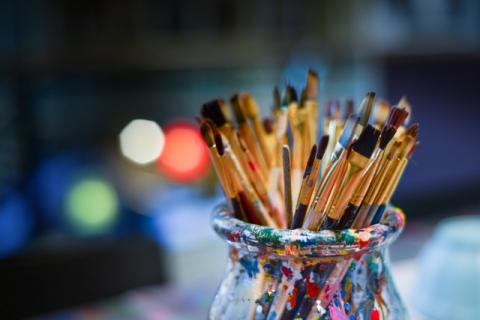 Property damage charges have been leveled against a Londoner who damaged a Picasso painting at the Tate Gallery of Contemporary Art (Tate Modern) in London, the BBC reported.

The gallery gave no details about its condition. A spokesperson said: "The work of art is with our conservation team for expert assessment. Tate Modern remains open." The vandal says he pleads not guilty.

Twenty-year-old Londoner Shakeel Ryan Massey has been charged with property damage. He will remain in custody until January 30 - the court declined to release him on bail. During the prosecution, he pleaded not guilty.

The incident at the gallery took place on Saturday. The gallery did not announce how the 20-year-old Londoner managed to damage the painting.

Picasso painted Bust of a Woman in Paris on 5 May 1944, during the final months of the Nazi Occupation. Although his wartime work is often seen as austerely monochromatic, the higher colouring of this work may suggest the prospect of liberation. His model was the photographer Dora Maar, Tate reported.

A man has been charged with criminal damage after a £20m Picasso painting was attacked at the Tate Modern art gallery in London on Saturday. https://t.co/hsxRKXuYSw pic.twitter.com/I6iUMq7L6O