Police on trail of traffickers linked to sunken vessel 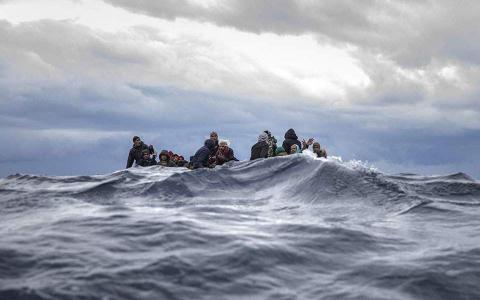 Authorities are reportedly on the trail of the leaders of a people trafficking gang linked to the vessel that sank last Saturday off the island of Paxos, south of Corfu in the Ionian Sea, which led to the death of at least 12 migrants with at least 17 still missing.

Kathimerini understands that investigators already know the name of one of the gang leaders and are trying to locate him.

The suspect, who is possibly a Pakistani national, allegedly organized the transfer of the migrants from Athens to the western coastal town of Parga and from there to Italy.

According to the testimony of the 21 survivors, three Afghans, who were among the rescued, were in charge of the vessel.

All three of them, aged 48, 30 and 26, appeared before a prosecutor in the town of Preveza Tuesday faced with charges of people smuggling.
A total of 50 people were on board the...

‘Political correctness’ and the continental shelf

Staying safe, until next year

Incentives to use electric cars

Any move against Turkey’s vessels will get a response, Akar says