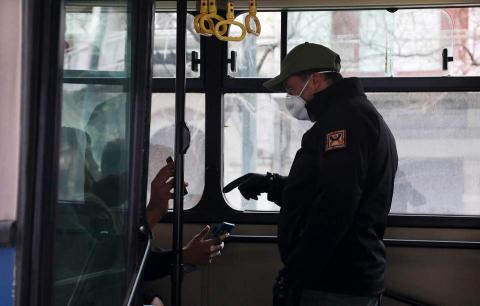 In a press release on Tuesday, ELAS said it recorded 552 violations in Athens and Attica, 221 in the northern port city of Thessaloniki, 134 in the wider region of Central Macedonia, 126 in Western Greece and 118 on the islands of the Ionian, with violations in other parts of the country coming to double digits and in the northern Aegean to just six.

Since the restrictions went into place on Monday, March 23, ELAS has issued fines to 22,918 people. Each fine carries a penalty of 150 euros.