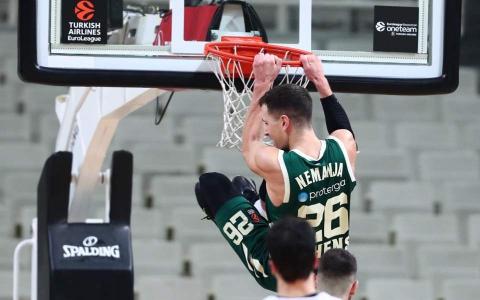 Panathinaikos tasted a rare win in the Euroleague these days, beating Bayern Munich in Athens on Friday, after Olympiakos went down to Baskonia on Thursday.

The Greens improved their record to 3-6 with their 83-76 home win, in a game they dominated after the first four minutes, turning a 5-10 deficit into a 28-15 advantage.

Bayern cut its arrears to 62-59 in the second half, but the Greens had all the answers with Howard Sant-Roos (14 points, seven rebounds) and Nemanja Nedovic (17 points, six assists).

Panathinaikos produced some really spectacular plays, mainly with Giorgos Papagiannis. However this was notably another disappointing game for recent signing Shelvin Mack, whom coach Giorgos Vovoras definitely needs to improve.

Olympiakos slumped to a 90-76 home reverse to a visiting Baskonia and is on a 5-4 record now.

The Basques led throughout...