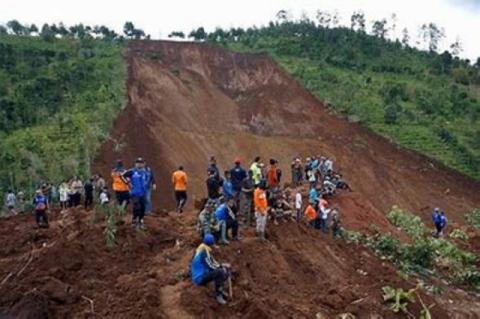 Eleven people in Smolyan were buried under landslides and persistent rainfall is complicating the situation in the city and thevicinity. As a result of the rainfall in the mountainous region, many landslides were triggered, retaining walls fell, there are villages and neighborhoods without available access to them.

The Cherna and Arda rivers near Smolyan and Rudozem are closely monitored. Several landslides have been triggered in Madan and Nedelino.

This night, a total of seven children and four adults were buried under the walls of two buildings in Smolyan.

All were rescued, the most seriously injured child and woman remain in hospital.

The people from Mladost Street in the regional center, where the house tumbled down under the landslide, are staying with relatives, deputy mayor Mariana Tsekova said.

The municipality prepares reserve municipal dwellings, which are used in disaster situations. The victims will also be provided with essentials. At a meeting of the Municipal Council, a proposal will be submitted to provide them with a land plot to build a new house.

During the past 24 hoursreports have been coming of fallen rocks, triggered landslides, flooded ground floors, and fallen trees along the roads.

The situation in the villages is also complicated. Action has been taken everywhere to repair the damages caused by heavy rains.

The mayors of the Dospat and Madan municipalities declared a partial state of emergency. In the municipality of Dospat the most severe is the situation in the village of Barutin, where the Dospatska River at the end of the village is over 3 meters high, it overflew its banks flooding houses and warehouses in the village.

"So far, the water has never been this big. Under...