US Congress Set to Start 2nd Impeachment of Trump 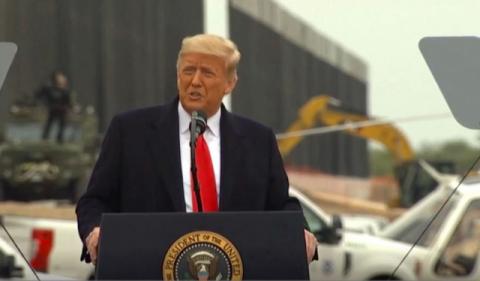 After Vice President Mike Pence rejected calls from lawmakers to use the 25th amendment of the US Constitution to remove Donald Trump from office on Tuesday, impeachment of Donald Trump is much more likely.

On Tuesday night, the House of Representatives approved a resolution calling on Pence to invoke the amendment, which would seek to remove Trump from office by declaring him unfit to perform his duties.

Ahead of the House vote, Pence dismissed the Democratic effort as "political games," even as he condemned the riots that overtook the Capitol last week and sparked the moves by lawmakers against Trump.

With Pence's refusal to remove Trump, lawmakers will now turn to impeachment.

They are expected to vote to impeach the president on Wednesday for "inciting an insurrection at the Capitol in an attempt to overturn the results of the 2020 Presidential Election," according to an impeachment document released by House Judiciary Committee.

The article of impeachment accuses Trump of stoking violence against the US government after the mob of loyalists, riled up by his claims of election fraud, broke into the Capitol building.

It notes that Trump repeated false claims that he won the November election at a rally moments before the rampage, which temporarily halted a joint congressional session to certify president-elect Joe Biden's victory and forced lawmakers to go into hiding. Trump also egged on the crowd to march to the building.

Trump called the push to impeach him "absolutely ridiculous" and said it was "causing tremendous anger" in the country.

"I want no violence," he added.

While the majority of Republicans are expected to vote against impeachment, a number of top names in the Republican party say...