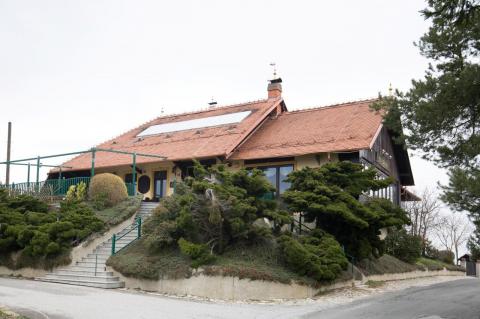 Ljubljana – The Health Inspectorate has received several complaints and is looking into an event Economy Minister Zdravko Počivalšek attended on Friday in the aftermath of media reports suggesting that the meeting may not have been held in compliance with coronavirus restrictions.

During a visit to the north-eastern town of Ormož, Počivalšek met local officials and businessmen in a restaurant, according to a report by POP TV.

Počivalšek said on Twitter he had responded to an invitation by a local small-business chamber, which picked “a place that complied with preventive measures”.

He said this was “an official meeting, which is permitted. All I had was water.” He later said in a statement that the space had been rented legally, as business-to-business services are permitted.

The broadcaster however said a cook had been called to the restaurant, which showed that the attendants had eaten a meal on-premises, which current rules do not permit.

The proprietor of the restaurant told POP TV the kitchen was being renovated and his employees were on furlough, but POP TV said the restaurant offers take-away meals, which they confirmed with a telephone call.

Mojca Žnidaršič, an MP for Počivalšek’s Modern Centre Party (SMC) who attended the function, said she had organised the meeting.

According to her, the local business chamber rented the restaurant for the event, with the proprietor attending the meeting as a guest.

She said that rentals for business purposes were permitted and added there had been no food for the guests aside from “take-away sandwiches in a separate room, which everyone was able to take on the way out”.

Asked to elaborate what was permitted for business meetings, the Health Inspectorate told the STA restrictions on food establishments were in the domain of the Economy Ministry, so they should be asked what was permitted.

The news came after a series of calls from the hospitality sector to allow the reopening of restaurants, bars and other establishments.

It news prompted questions about Počivalšek’s conduct given that indoor dining is currently strictly prohibited, with the opposition accusing him of double standards and calling on him to resign.

“Kids cannot go to school and people cannot work, but the economy minister can afford to lounge in a restaurant,” SocDem leader Tanja Fajon said today.

Left leader Luka Mesec said this was “yet another sign this government creates a society of first- and second-rate citizens”, a point also raised by SAB leader Alenka Bratušek, who said it was difficult for the minister to demand compliance from business if those who set restrictions failed to abide by the rules.

The office of the prime minister said it would not comment on the event.