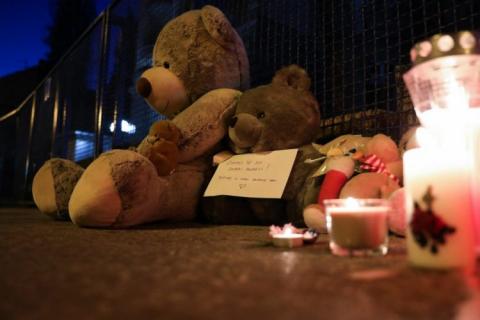 After a two-and-a-half-year-old girl who was badly beaten by her mother died in a Zagreb hospital on Sunday, the government has admitted that there are problems with Croatia's social care system and promised to work on improvements.

"Very intensive work lies in front of us. Unfortunately, this tragedy has made us aware that we have certain problems in the system," Croatia's Labour, Pension System, Family and Social Policy Minister, Josip Aladrovic, said on Tuesday.

Aladrovic was speaking to media after a holding series of meetings with representatives of social workers, psychologists and campaign groups to discuss the shortcomings of the social care system and how to improve it.

He said that he is sure that most employees in the social care system do their job responsibly, "but obviously there are those who do not".

"We are waiting for the results of a review, but it is clear that all those who turn out to be irresponsible in their work will have to leave," he warned.

The child was brought to a hospital in the eastern Croatian town of Nova Gradiska on Wednesday with severe injuries to her brain and body. On Thursday, she was transported to the Children's Hospital in the capital.

After the news of her death, grieving residents of Zagreb left lanterns and toys in front of the hospital in a gesture of condolence.

Her parents were arrested on Thursday evening and a criminal investigation is underway. Both were remanded in custody for 30 days.

Media have reported that the local social care centre was aware of problems with the girl's family. She was in a foster family for over a year, but the centre returned her to her parents in November last year at their request.

On Saturday, the director of Nova...